In DCU we would like to mark World Mental Health Day by having a mad pride event. At the moment we have the idea, the space and the time the 10th of October 2019 at 4.30 but we want this to be huge and need you to bring your passion to a planning meeting on the 1st of October at 3.00 to the Recovery College room or by zoom. https://zoom.us/j/846743813

For more information on Mad Pride please see below, videos attached too.

What is Mad Pride?

Mad Pride is a mass movement of the users of mental health services, former users, and the aligned, and that individuals labeled with mental illness should be proud of their ‘mad‘ identity. It was formed in 1993 in response to local community prejudices towards people with a psychiatric history living in boarding homes in the Parkdale area of Toronto, Ontario, Canada, and an event has been held every year since then in the city except for 1996.

These celebrations of a shared mad culture, like the reclamation of terms such as “craziness” and “lunacy,” have helped solidify madness as a culturally meaningful and active sociopolitical minority identity. These have been displayed on posters and in poetry and song.

A mad identity not so much about a person’s “intrinsic craziness,” as the active and thoughtful positioning of the self with respect to dynamic social narratives regarding mental difference and diversity.

To “identify” is to actively stake a personally and socially meaningful place in this complex assemblage of social, biological, and environmental forces; an assemblage that importantly includes (and actively grapples with) distress and psychological pain.

The late John McCarthy from Cork founded the group Mad Pride Ireland to open up debate on mental health issues and pushed for the “normality of madness” to be accepted. We have gotten in touch with John’s son David and he is happy for us to take up the mantel of Mad Pride.

John can bee seen in the videos below and he wrote a lot in the newspapers about mental health and mad pride. John was an activist and a fighter and here are some of his words

‘Mental illness’ is not about lack of resources, it is about an ethos based on the right to force a cure, on victims, who are patients. I will fight that abusive ethos as long as I have a breath in me. 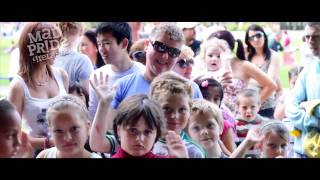 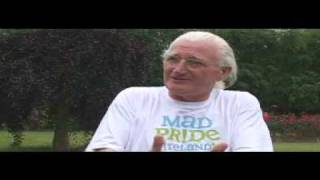 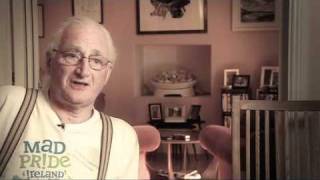